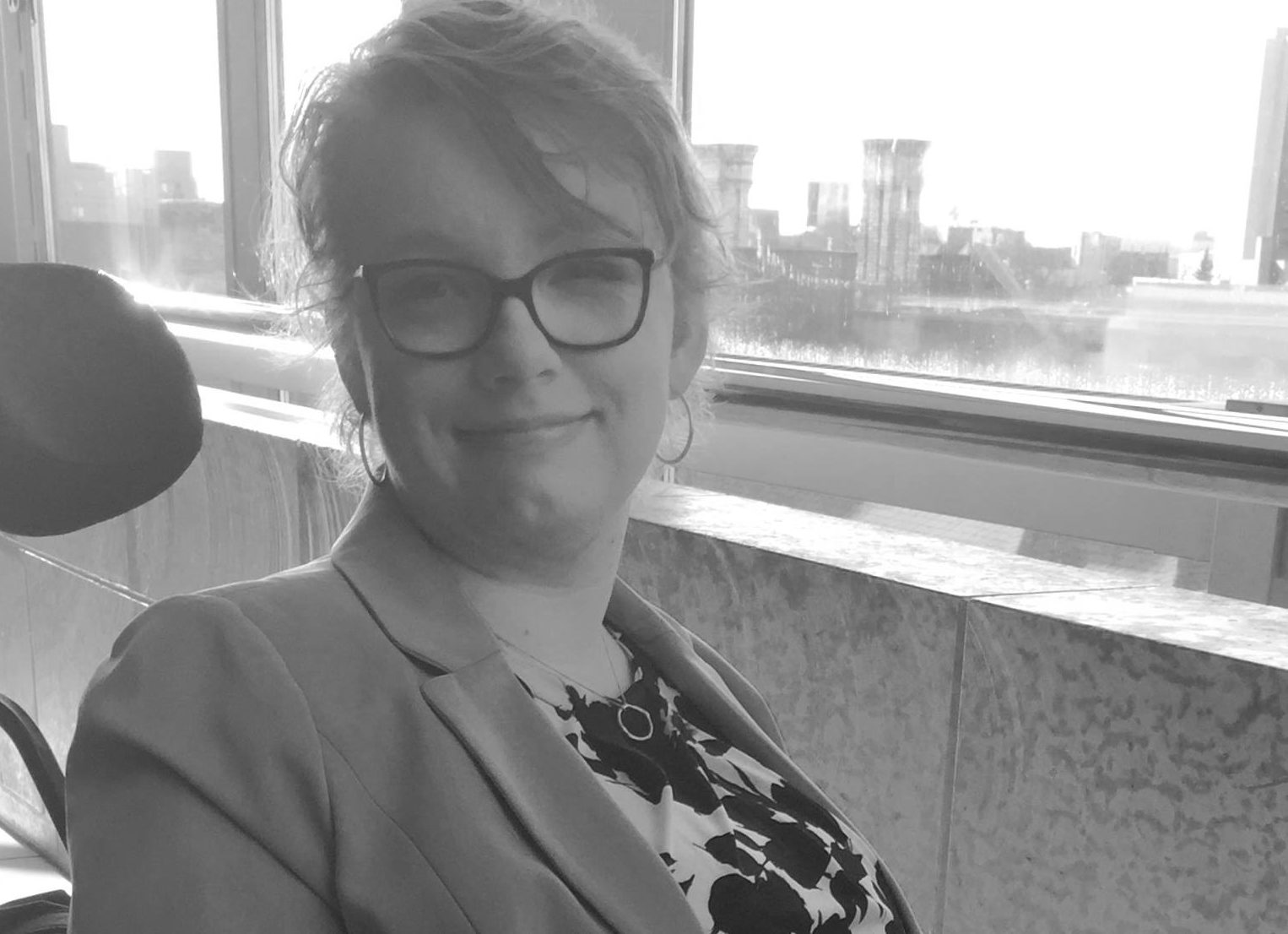 It was a tough lesson in injustice when Danielle Otto had to kick off her career in law by taking legal action.

Danielle was part of the 6,000 students who won a case against the Law School Admission Council, which previously denied persons with disabilities extra time completing its standardized test, the LSAT.

Unfortunately, she’s gotten used to getting nothing done without a fight.
“I don’t struggle academically, but I definitely struggle with the system,” says Danielle, a second-year law student with visual impairment and difficulty with fine motor control. “If you don’t have a fighting personality, it’s pretty hard to accomplish much of anything.”

In fact, since graduating high school and choosing to live on her own, the battles have gotten even more tedious and mundane: “it’s a situation of fighting to go to the bathroom enough times a day,” says Danielle.

Qualifying for only 43.25 hours of assistance in the home per week, Danielle has to pay for a private service to help her when she’s out of the house – for instance, when she’s interning at the Public Interest Law Centre for the summer. Though something as simple as going to the bathroom takes about 15 minutes – she’s charged for a minimum of two hours per instance, which costs $65. The province subsidizes about 65 per cent of this cost, but at $20 per bathroom break, the costs run up.
“I know a lot of people just don’t eat or drink during the day, but that’s not a sacrifice I’m willing to make,” says Danielle.

In order to work, Danielle fought for self-managed hours, which enables her to hire private help outside of the home. She experienced resistance to her inconsistent lifestyle from these agencies, because the services available to her are intended for much older individuals.

“It really sucks to be like, ‘Sorry work, I can’t come because my staff didn’t show up.’ It can make me seem like a flake, but it’s for reasons that I can’t control at all.

“The system is not premised on ‘How can we help Danielle be her best?’ It’s ‘What is Danielle incapable of doing, and what is the minimum level of support we can provide to make that happen?’ The system is so stringent it makes it really challenging to be where I need to be, and do what I need to do.
“I’m left to kind of struggle and figure it out.” 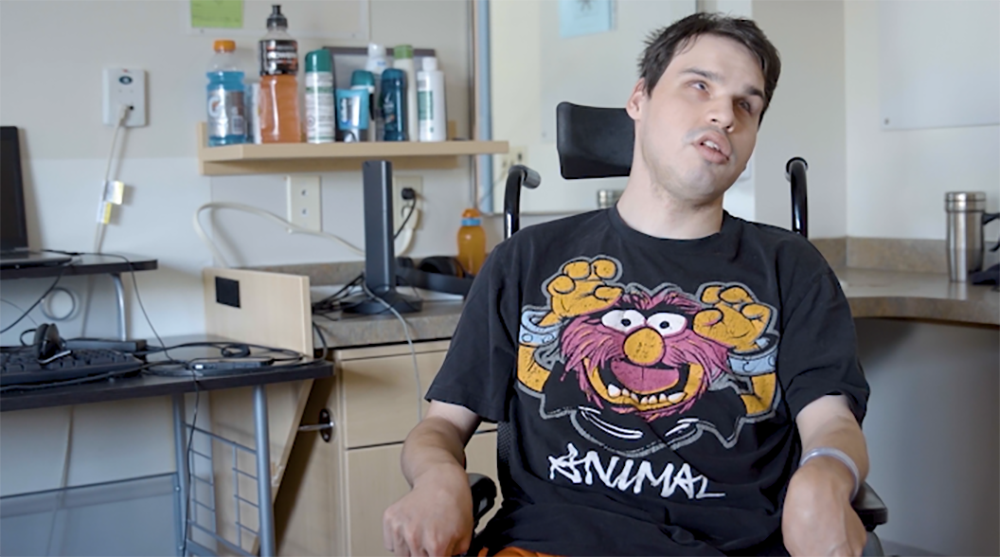 One sunny day in June 2018, Tyson sat in a prison cell in the middle of Old Market Square. While passersby expressed shock to see him there, Tyson was eager to get the message across: the province’s care system has locked him out of his own life.

For three years, Tyson has been dealing with the aftermath of losing services after high school. When he was in school, he led an active lifestyle and dreamt of going to university to study computer science. He enjoyed a busy social life and spent time connecting with others online.

After graduating, his life took a sharp turn. Tyson had to return the screen reader he had been given to access the computer, not only for leisure but also for necessities like online banking. Instead of going out every day for school and social activities, Tyson found himself stuck at home without a support worker to assist him in going out. The only service he qualifies for is home care, which is capped at 55 hours each week. Home care involves only basic support with things like bathing, clothing, medical prescriptions, and warming up food and laundry. It doesn’t involve any kind of assistance outside the home. The home care hours are so limited that Tyson sometimes had to choose between necessities like breakfast and laundry. Because Tyson felt unsafe without the necessary supports, he recently moved to a personal care home in Winnipeg.

When he was younger, Tyson was able to live his active lifestyle with the support of a personal care worker who assisted him in going out and attending social events. Now, stuck at home, Tyson is feeling the loneliness of an extrovert surrounded by four walls. That is why he took his experience to the public on that day in June.

Tyson is driven by the hope that this campaign will change things for him and other individuals with physical disabilities in Manitoba. No one should lose services that have allowed them to thrive. No one should be locked out of their life. 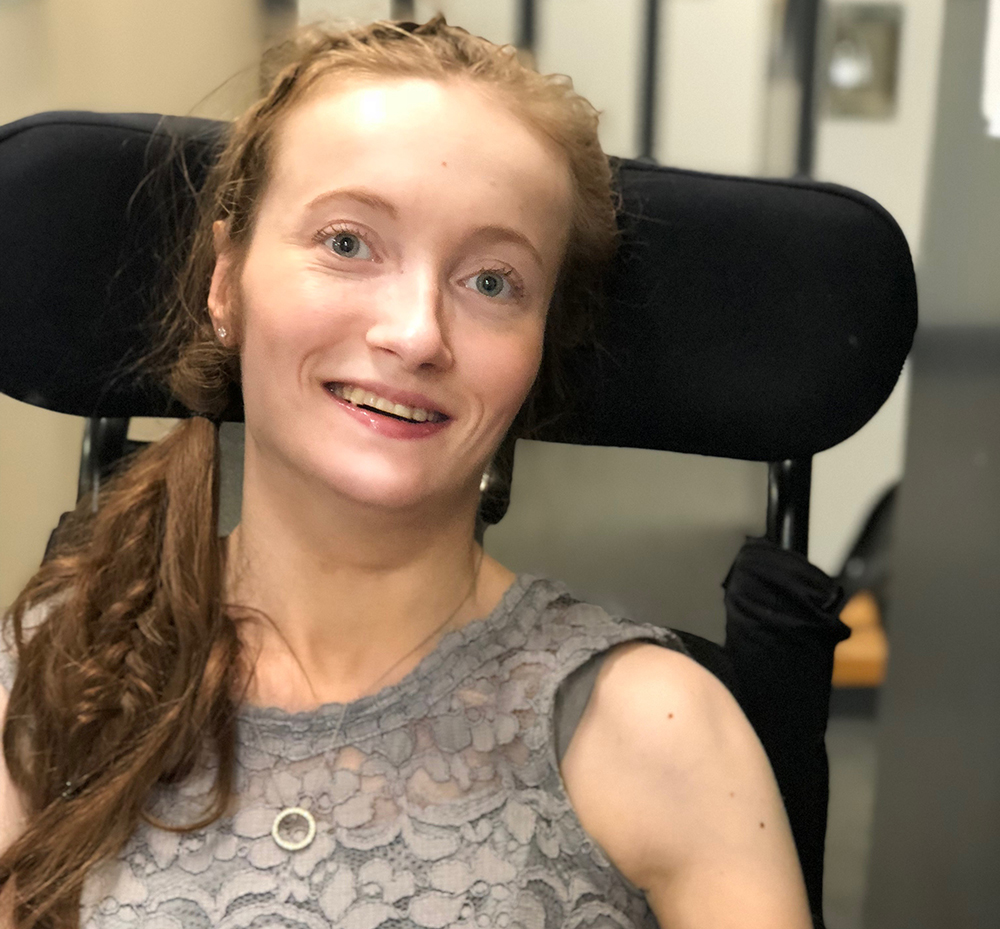 When Amy graduated from high school, she was eager to continue her education and go to university. Always leading an active life, Amy was good at balancing school, spending time with her close-knit group of friends, and attending programs at the Movement Centre. But graduating from high school didn’t open any new doors for her – in fact, she lost her access to services that made it possible for her to pursue all the activities she enjoyed. Amy even lost access to medical services such as physiotherapy and occupational therapists as well as specialized equipment.

This sudden loss of services and independence is a common story for individuals with physical disabilities in Manitoba. It looks different for everyone, but it always involves getting shut out of services that had been available before turning 18 or graduating from high school. For Amy, it meant that she lost the ability to go to school and has had to reduce her time with friends.

These changes have shut Amy out of her social life and her dreams of attending university. They’ve had an impact on her family, too. Amy’s mother used to work when Amy was in school, but now she is her daily caregiver. Amy’s parents are aging and are worried about what will happen to her in the future. They are very worried about where Amy will live and who will care for her when they are no longer able to take care of her in their home. Amy and her family are fighting for continued access to the services and supports she used to have, so that she can go back to living her active lifestyle and pursuing her dreams.